During the early morning hours of January 9th, 2021, a fire broke out in the offices of the Train Control Center of Mexico City’s Metro Collective Transportation System (STC). From there, power is supplied and the whole operation of Lines 1 to 6 of the STC Metro is carried out. This incident resulted in a total shutdown of operations, and support was immediately provided to users in coordination with other transportation systems in the city (Metrobús, RTP, franchised transportation and SSC patrols).

STC Metro is the spine of Mexico City: it provides up to 5.5 million trips per day. Given the seriousness of the situation, the city government requested support from other transportation systems in the city and urged them to increase their transportation offer.

Despite the pandemic, our client, Metrobús System, agreed to increase its commercial offer with 149 backup units in all its 7 lines, as well as to provide with contingent routes to run parallel to the affected STC Metro lines. All the planning and adjustments to manage this emergency were carried out using our tool, GoalBus®. Work began the evening of January 9th, 2021 and the adjustments were completed on Sunday, January 10th before noon to go into production early on Monday, January 11th.

Since these activities were related to the creation of new routes and time was short, Metrobús Programming Head Department staff requested the support of Goal Systems expert professionals to answer doubts and receive advice regarding the parameterization and loading of routes, as well as the reports generation. Goal Systems consultants provided remote support throughout the early morning hours of January 10th and are still providing telephone and video support for the operational changes that have occurred.

In this emergency, the use of GoalBus® was critical and extremely useful, as it allowed the required response deadlines to be met in order to deal with the situation in a timely manner. There is no doubt that experts’ support, GoalBus® and GoalReports’ flexibility, the automation of the scheduling process and the automatic reports generation, corroborate the trustful and supportive relationship existing between Metrobús and Goal Systems. When facing adversities, we work shoulder to shoulder to assure the transport service for the inhabitants of Mexico City.

The French transport company T2C places its trust in Goal Systems’ technology to optimise its planning processes, and to improve the quality of its service

You can find out more about which cookies we are using or switch them off in settings. 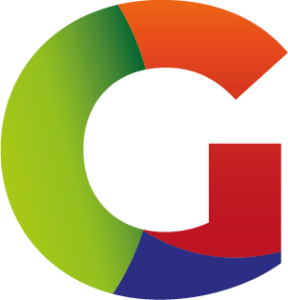 This website uses cookies so that we can provide you with the best user experience possible. Cookie information is stored in your browser and performs functions such as recognising you when you return to our website and helping our team to understand which sections of the website you find most interesting and useful.

This website uses Google Analytics to collect anonymous information such as the number of visitors to the site, and the most popular pages.

Please enable Strictly Necessary Cookies first so that we can save your preferences!